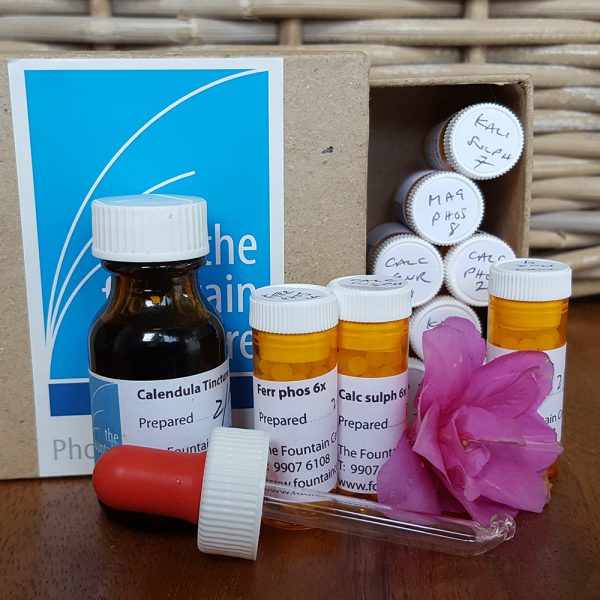 The first tissue salt to think of for fever and inflammations at their onset. Especially before exudation and infection begins and with few other symptoms. Nosebleeds from trauma and at the beginning of colds.

Ferrum phos is a tissue salt that has traditionally been used symptomatically in the early stages of the inflammatory process and when generally ‘off colour’. Conditions which may benefit include fever, earache, sore throat, toothache and nose bleeds, either taken on it’s own or with Aconite or Belladonna.